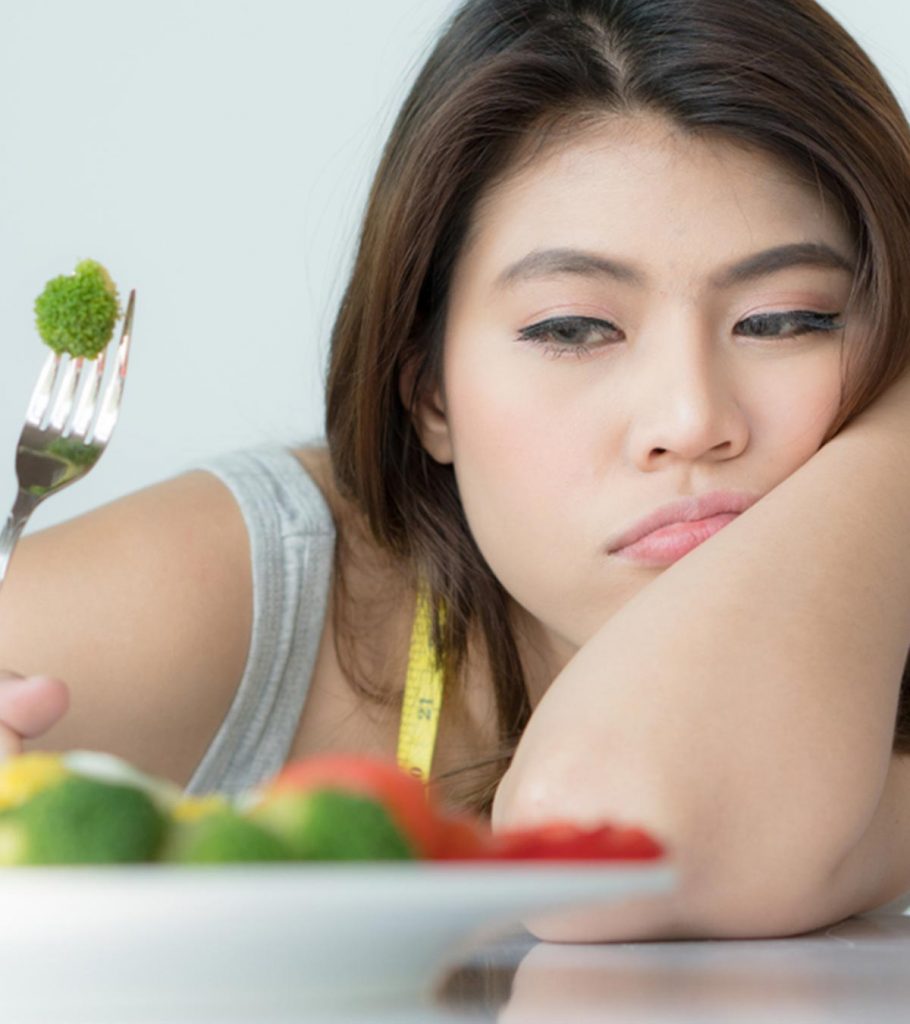 Eating disorders are mental health problems that affect people across ages. They often develop during teenage and early adulthood and are common among adolescents (1). An eating disorder is usually marked by erratic eating habits and unhealthy behavior towards food.

Early identification and prompt treatment of eating disorders could prevent long-term health complications and improve the quality of life. This post tells you about different types of eating disorders in teens, their possible causes, diagnosis, treatment, and prevention.

What Are The Symptoms Of Eating Disorder In Teens?

What Are The Different Types Of Eating Disorders?

Some other specified feeding or eating disorders (OSFED) seen in teens are purging disorder, night eating syndrome, orthorexia, and diabulimia (12).

What Are The Possible Causes Of Eating Disorder In Teens?

The exact cause of eating disorders might be unknown in most cases. Research shows that eating disorders could occur due to a complex interplay of genetic, biological, emotional, and social factors (13).

The following factors may play a role in the development of an eating disorder in teens.

How To Prevent Eating Disorders In Teens?

The prevention of eating disorders usually involves active interaction between the parents and the teens. Here are some tips that you could follow (17).

How Are Eating Disorders Diagnosed In Teens?

Below are some diagnosis methods that a healthcare professional may use to diagnose eating disorders (18).

Based on the diagnosis, the doctor would chart a comprehensive treatment plan to treat the eating disorder and its associated health issues.

How Are Eating Disorders Treated?

The treatment plan is tailor-made for the specific eating disorder of the teen. A group of health professionals, such as pediatricians, dietitians/nutritionists, and mental health experts, may work together to treat the teen (8) (18). A combination of the following treatment methods could be employed to treat the teen effectively.

A teen may need to be hospitalized or admitted to a residential treatment program in severe cases of eating disorders.

What Are The Complications Of Eating Disorder In Teens?

Eating disorders could severely affect the mental, physical, and physiological well-being of the teen. Some of the likely complications that eating disorders can cause are (19):

Eating disorders are often associated with mental health issues, such as anxiety and depression. Teenagers are quite vulnerable to mental health problems and subsequent eating disorders. You can monitor your teens eating and general lifestyle habits to identify symptoms early. Constant guidance and support may help treat, manage, and prevent the condition effectively.