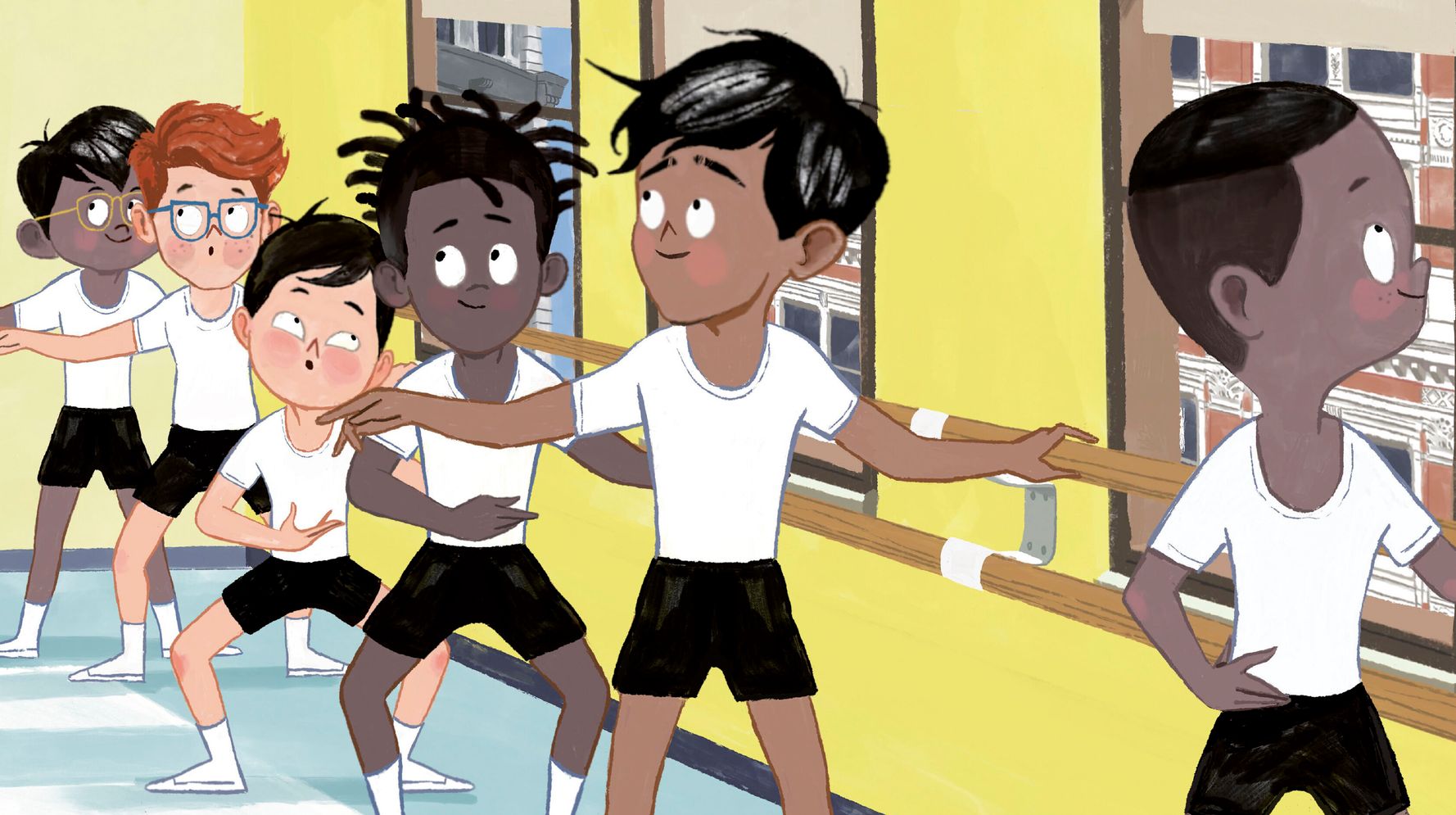 John Robert Allman immersed himself in the intricacies of ballet for months before setting out to write his latest picture book. But if the author has his way, readers will be able to do more than just distinguish between a pirouette and a plié by the time they’ve finished the story.

Allman, who is based in New York, said his lifelong love of the stage inspired him to write “Boys Dance!” The book, released last month, features illustrations by Luciano Lozano and is geared toward young, aspiring male dancers who are passionate about ballet, jazz and other classical styles ― but have yet to see themselves represented in children’s literature.

“I wanted to make sure that boys would be able to see dance as something they can — and should — get into if they want to,” Allman told HuffPost. “So little in media when I was a kid made that case, showed you a role model, or made it seem OK to be excited about dance the way I was. But it’s something guys have always loved and excelled in, so they shouldn’t be at all hesitant to try it.”

To further that point, “Boys Dance!” acknowledges stars like Savion Glover and Gene Kelly, whose distinctive, era-defining moves continue to influence modern styles. In rhyming couplets, the book also explains how studying dance can boost physical health, as well as academic and athletic skills. Allman said he and his editor, Frances Gilbert, consulted eight male American Ballet Theatre performers for the project, and those dancers’ photos and testimonies appear as an epilogue.

Allman began developing the idea for “Boys Dance!” after publishing his debut book, “A Is for Audra: Broadway’s Leading Ladies From A to Z,” in 2019. He wrote “Boys Dance!” in tandem with a second alphabet book, “B Is for Ballet,” both of which were released in conjunction with American Ballet Theatre’s 80th anniversary this fall.

“Boys Dance!” was also shaped by surprising controversy. In August 2019, “Good Morning America” host Lara Spencer mocked Prince George after it was reported that the young royal had enrolled in ballet classes. Before long, the hashtag #BoysDanceToo took off on social media, with established dancers Robbie Fairchild and Travis Wall among those to express their frustration with Spencer’s on-air reinforcement of gender stereotypes.

Spencer apologized, but her remarks left a stinging impression on American Ballet Theatre principal James B. Whiteside, who also appears in “Boys Dance!”

“Homophobia is at the root of the bullying of boys in ballet,” he told HuffPost. “It doesn’t even matter if you’re actually gay, it just matters that you seem gay, just by doing ballet. … This book will teach kids that their love of ballet has nothing to do with anything other than loving ballet.”

Like other performing arts organizations, American Ballet Theatre has been forced to cancel or postpone much of its programming due to the COVID-19 pandemic. As a result, “Boys Dance!” and “B Is for Ballet” debuted to less fanfare than Allman anticipated. Still, the author hopes that the books serve as a collective antidote for readers of all ages who miss the stage as much as he does.

“Maybe there are boys or girls out there who are using this time to learn something new and feel inspired to try a Zoom barre or hip-hop class,” he said. “Either way, it’s nice to flip through a book and experience the feelings of watching dance or theater at a time when it’s not something we’re able to do.”