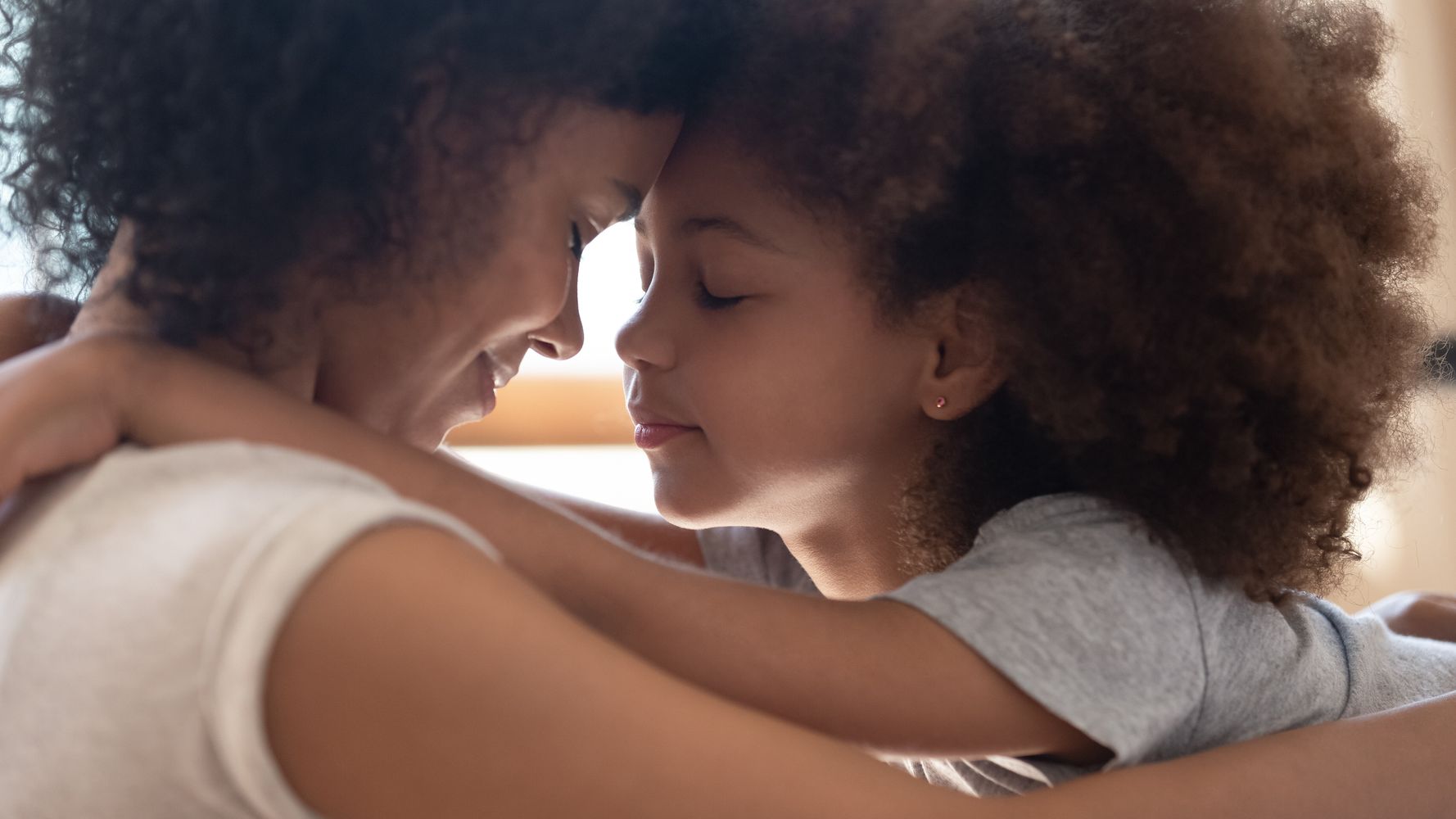 One of the bright spots (and burdens) of the COVID-19 pandemic is that so many parents are home with their children more than ever. That has meant months of more time talking and connecting, more time cooking and playing together — and more time to cuddle.

Cuddling, of course, offers plenty of emotional benefits during this ongoing crisis. Physical connection is so important (and has been limited since the pandemic began) and has so many science-backed benefits for parents and children of all ages, from infancy through the sometimes prickly teenager years.

So on this pandemic Valentine’s Day, when so many families are home together, here are five scientifically backed reasons to just snuggle up and get close.

In a 2020 study, researchers looked at what happened to babies’ heart rates when they were hugged and held by someone they didn’t know (they slowed slightly) then by their parents (their heart rates dipped even more).

The implications of that? Hugs are a really crucial way for parents and their kiddos to bond, and parents’ hugs cause immediate and measurable physiological changes in their children.

Want to take your hugs to the next level? Shonda Moralis, a women’s mindful empowerment coach, psychotherapist, and author of “Breathe, Mama, Breathe,” previously told HuffPost about the power of the “three-breath hug”: Give each other a bear hug and then take three big inhales and exhales together.

One bonus: it’s a technique that can really help mollify everyone’s tempers. “It can be really calming in the middle of a meltdown,” Moralis told HuffPost.

A pretty intriguing (though preliminary) 2017 study found that cuddling babies changed their epigenome, the system that basically controls access to the body’s genes and tells the human genome what to do.

Researchers looked at about 100 babies who were hugged and cuddled to varying degrees in infancy, and found that those who were snuggled more and earlier in their lives had epigenetic changes in their DNA that were measurable more than four years later.

By contrast, those who were held less had a so-called “epigenetic age” that was lower than experts would otherwise expect, according to a statement about the study released at the time. And that gap between epigenetic age and actual age has been linked to poor health outcomes.

Hugs trigger the release of oxytocin — which is good for everyone.

Oxytocin, or the so-called love or cuddle hormone, is tightly wound to parenthood. It’s the hormone released during childbirth and breastfeeding. And it plays a crucial role in strengthening parent-child bonds.

Researchers increasingly understand that the way oxytocin drives relationships, behaviors and bodily changes is complex and that it’s not simply the love hormone, as it been hyped. They increasingly believe it plays a more nuanced role as a broader regulatory hormone.

But studies are pretty clear that hugs, kisses and snuggles are good for humans’ health because of the corresponding rush of oxytocin, which can lead to many benefits: better sleep, improved heart health and stress reduction. And the benefits go both ways. Parents feel better, and kids do, too.

Hugging kids and showing them affection — only when it is welcome, of course — has all kinds of social and emotional benefits.

But it can also directly alter babies’ brains.

A small 2017 study analyzing neurological outcomes of preterm babies found that gentle touch stimulated their brains, and also shaped how receptive they were to affection moving forward. (That’s one reason why “kangaroo care” has become such an important approach in so many neonatal intensive care units around the world.)

“We know that even from the moment we’re born, that touch, physical touch, attention, and hugs, are so very important for both nervous system regulation, and brain development,” said Emily Mudd, a researcher with Cleveland Clinic Children’s hospital in a post on its website about the power of hugs. “From the moment we’re born ― we talk about kangaroo care and the importance of skin-to-skin contact and that really continues through childhood.”

The past year has not been an easy one for anyone, and many of us have been living in a state of, basically, perpetual fear. People are worried about their own health and safety, as well as the health and safety of their loved ones.

But a simple hug can go a long way in setting our minds at ease, even it can’t do anything to solve the bigger things happening in the world. Studies suggest that physical touch can help soothe a person’s existential fears ― which may help explain why preliminary research also suggests that children who are hugged a lot as babies may be less stressed in adulthood.

Of course, children should never, ever be forced to hug or cuddle when they don’t want to, and older kiddos may be more reluctant to snuggle up with their parents than babies and toddlers. And some children just aren’t that drawn to physical connection.

The good news there? Experts say that verbal connection can also go a long way.

“Never forget to use that old verbal substitute for physical affection that never goes out of style and that is almost as primal as a hug or kiss in its way,” said Texas-based psychologist Carl Pickhardt in an article for Psychology Today. “Those three little words that you can never tell your teenager too often: “I love you.”

What Has The Pandemic Really Done To Toddler Development?

How To Teach Kids About Uncertainty