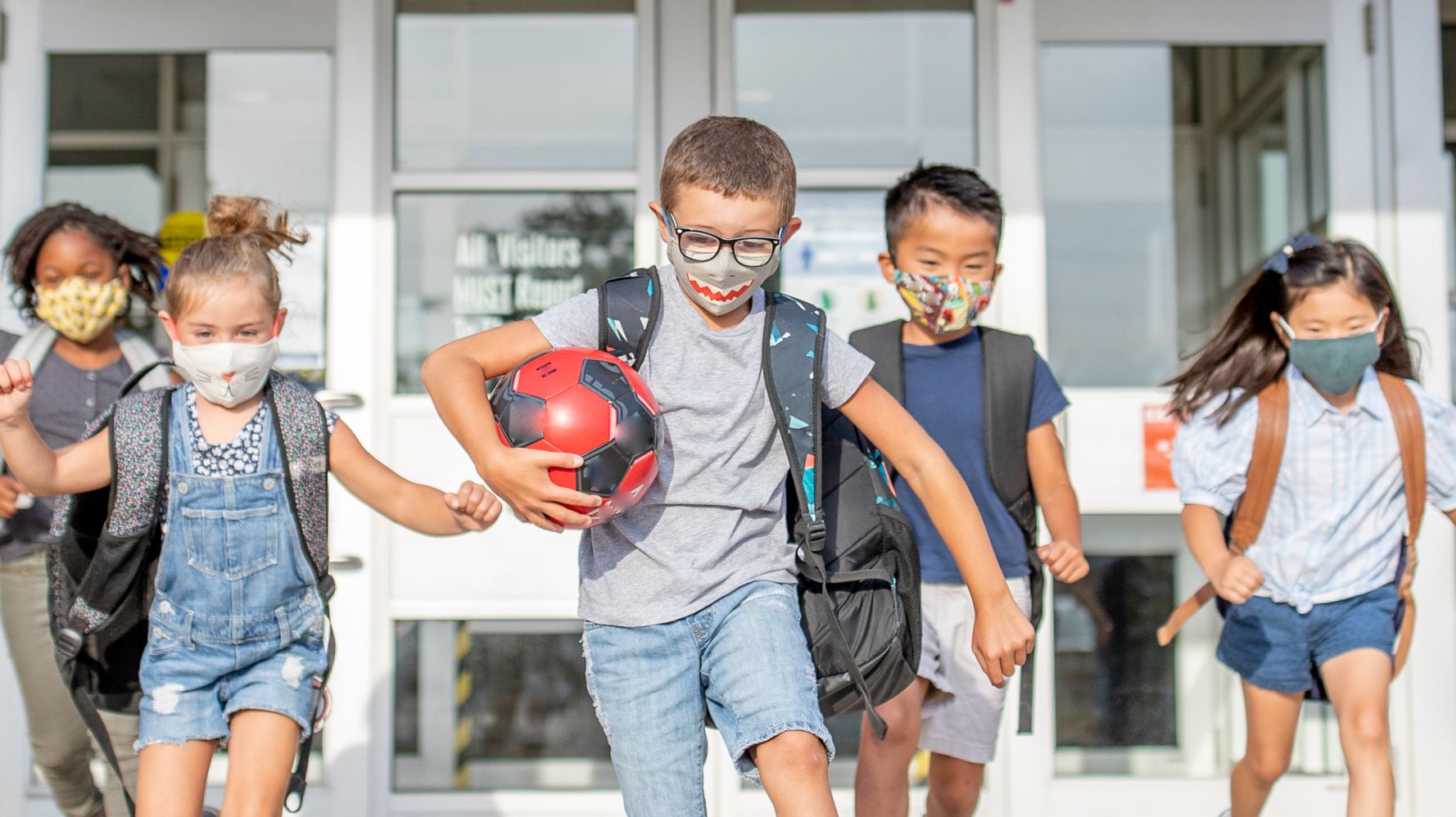 Like millions of other kids around the country, my second-grade son has been fully remote learning since last March. Ask any caregiver and they’ll nod in agreement: It’s been awful, and that’s a terrific understatement. 2020 was hard on everyone, but it was particularly hard on kids.

And like so many other kids, he’s been acting out, regressing and simply not himself for, well, roughly a year. Which makes sense ― we’re in a pandemic and at a critical age he’s been cut off from his lifelines!

So last Monday when he walked into his school ― double masked ― for the first time since March 13, 2020, I held my breath, maybe my lip quivered a bit, and happily sent him on his way.

It’s been nearly two full weeks since he’s been back, and the marked change in his behavior is staggering. He’s kinder to his sibling, more considerate and agreeable (I said more, not that he is 100% agreeable; he’s still 7!) and overall in a better mood. For a kid who, earlier this year, claimed he “hated school,” he now practically skips to the entrance. And I know I’m not alone in recognizing this shift.

“Kids feel really good getting back to a routine. Kids feel good having somewhere to go, having a purpose and being there. Kids feel good seeing other friends,” Becky Kennedy, a psychologist and mom of three, told me. “I think we all were worried about kids interacting with each other with masks on, but after so long with virtual school I think we’re just so happy and the kids are so happy to have peer interaction. A huge part of being a kid is exploring and learning and being able to leave your home and explore and learn, so it makes sense that it’s reflected in a more positive mood.”

And members of the HuffPost Parents Facebook community agreed.

“My daughter’s attitude and grades have improved greatly since returning to the classroom,” wrote Christina Gryzb.

“It was a night-and-day difference,” added Kirsten Nolan.

“It was a game changer. Grades went up, they were happier, also they focus better than when they were doing online work. I guess it leaves us time to miss each other instead of being 24/7 together,” said Diana Cortes.

We humans are, by and large, creatures of habit. And kids famously thrive on it. So sensing a consistent, daily routine again after so many months of caregivers juggling jobs and child care and life and sanity, must just feel good.

Of course, this isn’t the case for all kids. Any change in routine ― even one they didn’t like ― can be difficult for them to handle.

Regardless, here’s to taking cautiously optimistic, responsible, baby steps back to normalcy ― whatever that even means anymore ― and, most important, to our kids getting back on the road to just being kids again.

What You Need To Know About Parenting During The Coronavirus Pandemic

So Many Kids Are Regressing Right Now. Here’s When To Worry — And When To Let It Slide.