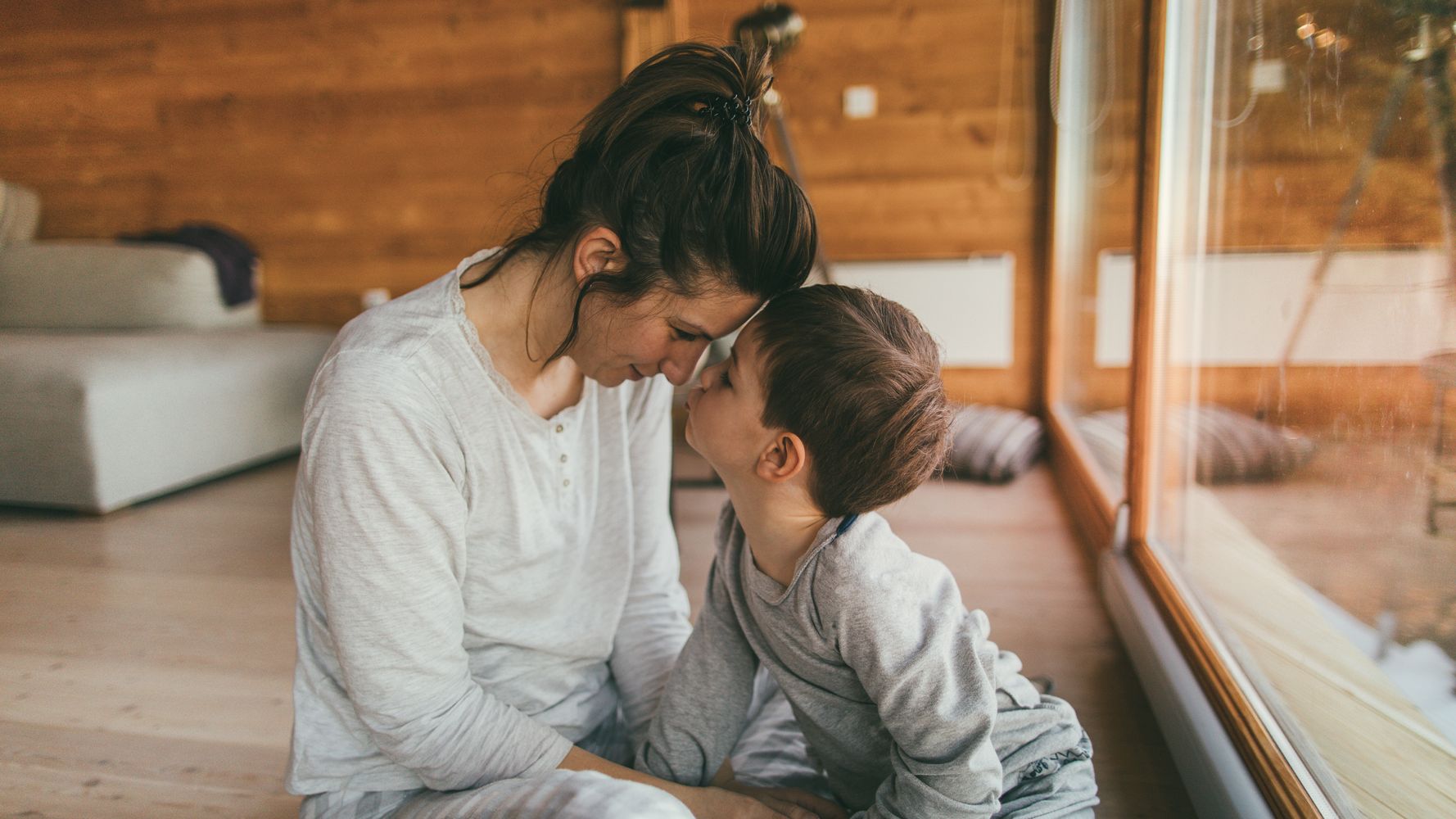 These limiting masculine norms can do significant harm to boys and force them to essentially disavow parts of themselves, said Emma Brown, a Washington Post investigative reporter and mom of two who wrote the new book “To Raise a Boy: Classrooms, Locker Rooms, Bedrooms, and the Hidden Struggles of American Boyhood.”

Society has long expected boys to basically “bury the parts of themselves that are about feeling, emotion, and connection,” Brown said. Pushing back against that cannot all fall to parents — institutions play a crucial role, as well — but parents can take simple steps to raise boys who hang onto their emotional vulnerability.

Here are a few such steps for moms, dads and other caregivers to keep in mind for young sons, as well as those in their tweens and teens.

Deliberately carve out time for connection.

Brown said one of the most powerful things parents can do for their sons, particularly as the children get older, is to “intentionally create space” for high-quality connection. In writing her book, she spent time with a father and the man’s 8th-grade son and said she was struck by the “warmth and openness” of their connection.

The father “created space for that” through a regular time for the two of them to walk the dog around the block, Brown said. The boy knew that, at a minimum, he had that time to bring up whatever he might be grappling with emotionally. “Those walks became an anchor to talk about whatever was on his son’s mind,” Brown said.

Help them name their emotions.

One of the most helpful things parents can do to help their sons retain the innate emotional vulnerability with which they are born is to teach them how to put a name to what they’re feeling, said Dr. Cara Natterson, a pediatrician and author of Decoding Boys: New Science Behind the Subtle Art of Raising Sons.

It’s an important part of developing what some experts call “EQ,” or emotional intelligence, and can help even really young kiddos understand that it’s OK and expected to feel difficult emotions. And there’s value in tuning into those emotions rather than trying to push them aside.

“You don’t want to tell them what they’re feeling,” said Natterson, who said this requires really listening to kids. “You’re helping them label it.”

She added that an important next step is to acknowledge to your sons that you notice them expressing themselves, and you appreciate it. “You could say something like, ‘When you cry, it shows me you’re sad and that helps me because I wouldn’t otherwise know that something was upsetting you,’” Natterson said.

Starting these kinds of conversations and efforts early on can help lay the groundwork for boys to know they can come to you with any kind of emotions as they get older.

“The culture of masculinity as it permeates boyhood is still something that is largely invisible, taken for granted, normalized,” Michael Reichert, a psychologist and executive director of the Center for the Study of Boys’ and Girls’ Lives at the University of Pennsylvania who wrote the book “How To Raise A Boy: The Power Of Connection To Build Good Men,” previously told HuffPost.

Unfortunately, the window of opportunity to really build EQ can be small. Natterson said children tend to “flip a switch” around age 12, at which point they stop seeing their caregivers as the most important sources of information and connection in their lives and start looking more to their peers. And for some children, the “shedding of vulnerability” starts well before that, Natterson said. That’s not to say that developing emotional intelligence can only be done when kids are really young, but it is a reminder to start earlier than you may have thought.

Also, if you have older sons who used to be more open with you about what they were feeling and going through emotionally but no longer do so, you should absolutely let them know that you notice, Natterson said. “Tell them what you miss,” she urged. “Help them realize there’s no judgment or shaming.”

One of the last things exhausted, time-strapped parents want to do, particularly amid COVID-19, is to take on an institution (or institutions) and demand they address restrictive gender norms, Brown acknowledged.

But such efforts can be broken into small, manageable steps. Brown interviewed a young man who was an avid football player but was sick of the language used in the locker room. He went to his coach, who embraced the challenge of changing the locker room culture, Brown said, and began using a program called Coaching Boys Into Men — an evidence-based, relatively brief curriculum that uses sports to teach athletes about respect and non-violence — that changed the culture of his team.

“Coaches can be such powerful figures in our son’s lives, that taking that on made a huge difference,” Brown said.

There won’t always be such clear fixes, but Brown offered that example to show that simply asking for help can lead to concrete change.

If you want children to hang onto their vulnerability, it is important to show them that you are emotionally vulnerable — while also acknowledging that vulnerability isn’t necessarily something that serves us in all settings.

“That’s truer and truer as children get older and older,” Natterson said. “If you’re super-stoic, but you ask your child to be emotional and vulnerable with you, they’re going to hear what saying — and they’re going to be in conflict.”

Some fathers in particular may struggle to express emotional vulnerability because they have been held back by restrictive gender norms. But Natterson said she’s been amazed at how many men she has connected with have welcomed the opportunity.

“Many dads, they’re so grateful that world has shifted and given permission to share these feelings,” she said.

“We want to model emotional intimacy in terms of how we relate to our sons and to others in our lives” so that “they have role models for what it looks like,” Brown echoed.

My Son Took His Own Life. Here’s Why You Should Stop Saying ‘Committed Suicide.’

Being Fat Is Not A Moral Failure. Here’s How To Teach Your Kids That.