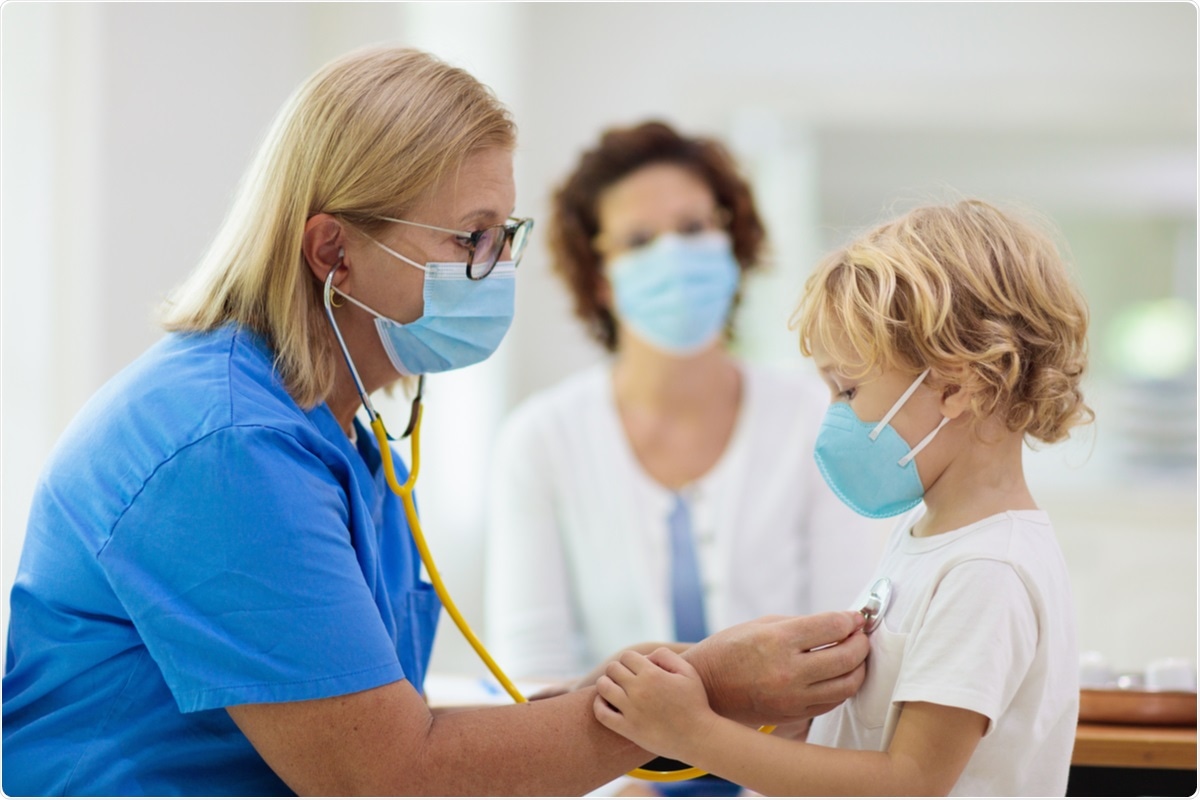 With the ongoing coronavirus disease 2019 (COVID-19) pandemic showing signs of a third wave, many researchers are exploring the long-term consequences of severe acute respiratory syndrome-related coronavirus 2 (SARS-CoV-2) infection in children. While this infection is typically asymptomatic and fleeting in this age group, some reports have come in of long COVID in children, with symptoms persisting for weeks or months from the onset.

A new study, released as a preprint on the medRxiv* server, offers some insights into what may be expected in this field, how common it is, how it presents, and how it compares with chronic sequelae of other respiratory viruses.

SARS-CoV-2 causes mainly respiratory illness in adults, lasting for a median duration of 11 days. Conversely, over 40% of pediatric infections are asymptomatic. Of the rest, cough and fever are most common, and only a few have a life-endangering illness or fatal outcomes.

In England, of over 1,500 children (aged up to 17 years) hospitalized between 19 March 2020 to 3 March 2021, with a positive test report for SARS-CoV-2 infection, ten deaths were reported comprising less than one in two hundred of deaths from all causes.

A few reports have emerged of multisystem inflammatory syndrome in children (MIS-C), usually at 2-4 weeks from acute infection. Long COVID in adults is reported to affect just over 13% past four weeks, but this dropped to 4.5% past eight weeks.

The UK had a severe second wave of infection, with 60,000 cases per day in January 2021. Testing was available anywhere during this period, unlike the first wave. Moreover, restrictions on movement out of the home resulted in drastic reductions in other common respiratory viruses, including adenovirus and flu infections, including in school-aged children.

Many tests were carried out for COVID-19 because of the symptoms it causes in common with these other respiratory infections.

The current study shows a median duration of symptomatic COVID-19 in India to be six days, with most children reporting headache and fatigue (60% and 55%, respectively). Other symptoms include fever, sore throat, abdominal pain, and persistent cough, in 25% to 44% of younger children, while in older children, sore throat, loss of smell, fever and persistent cough were reported in 35% to 50% of symptomatic cases.

In this cohort, anosmia is more common, in about 40% of cases, than reported earlier.

The median number of symptoms was three and four in younger and older children, over the first week of illness. With long covid, just over 4% of children were reported to be affected for 28 days or more, with a median symptom burden of six during the first week and eight at any time till recovery. This includes symptoms reported at least once over the corresponding time periods.

Most complained of tiredness, headache, loss of smell and sore throat. By day 28, the median symptom burden was only two and three in younger and older children, respectively.

For children with symptoms persisting at 56 days, similar symptom burdens were seen in the first week and until 56 days. Most children complained of loss of smell, headache, sore throat and tiredness.

Symptoms of long COVID at 28 days were more likely in older children, but at 56 days, there was no such observable difference. Overall, the most common symptoms were of headache, tiredness, but dizziness, confusion, drowsiness were also present in up to one in seven children. Fatigue was observed at some point in 85% of children, just as in adults, where it is typically the most common symptom.

Compared to children with similar symptoms but with a negative COVID-19 test, long COVID was reported in less than 1%, and older children symptomatic at 56 days had a relatively larger symptom burden throughout, when compared to those with symptoms at 28 days.

The study shows that children with COVID-19 typically recover after a short symptomatic period, and that long COVID is uncommon in this age group, affecting only about 4% and less than 2% at 28 and 56 days, respectively. Of the few who experience it, symptom burden grows less over time. Most are asymptomatic by eight weeks.

Headaches are reported in two-third of children in one study, and in a fifth of all children, it was severe enough to perturb normal activities. About 4% of children had disabling fatigue for more than a few days, and chronic fatigue syndrome was reported in 1% of children aged 11-16 years.

Some evidence suggests that shortness of breath, disturbances of smell, and digestive tract disturbances, are more common in children after COVID-19 than the flu. Problems with memory, attention or learning were not reported, neither were severe neurological symptoms.

The study covers 1-2% of all school-aged children who tested positive across the UK at this time. Another study by the UK Office for National Statistics (ONS) suggests that 10% of children between 2 and 11 years and 12 and 16 years, respectively, had persistent symptoms at five weeks. At 12 weeks, 7-8% still had symptoms.

When compared to the baseline figures for never-symptomatic, never-self-isolated, never-exposed to confirmed SARS-CoV-2 positive case, never-tested controls, the same symptoms were found to be prevalent in about 2% of 2-16-year-olds.

The symptom burden in long COVID is similar to that found in long illnesses due to other causes, and in most cases, requires only home-based care. However, proper follow-up is mandatory for all children with long-term sequelae following any illness. This data may help shape the allocation of healthcare resources to pediatric care in the UK in the pandemic era and onwards.

medRxiv publishes preliminary scientific reports that are not peer-reviewed and, therefore, should not be regarded as conclusive, guide clinical practice/health-related behavior, or treated as established information.